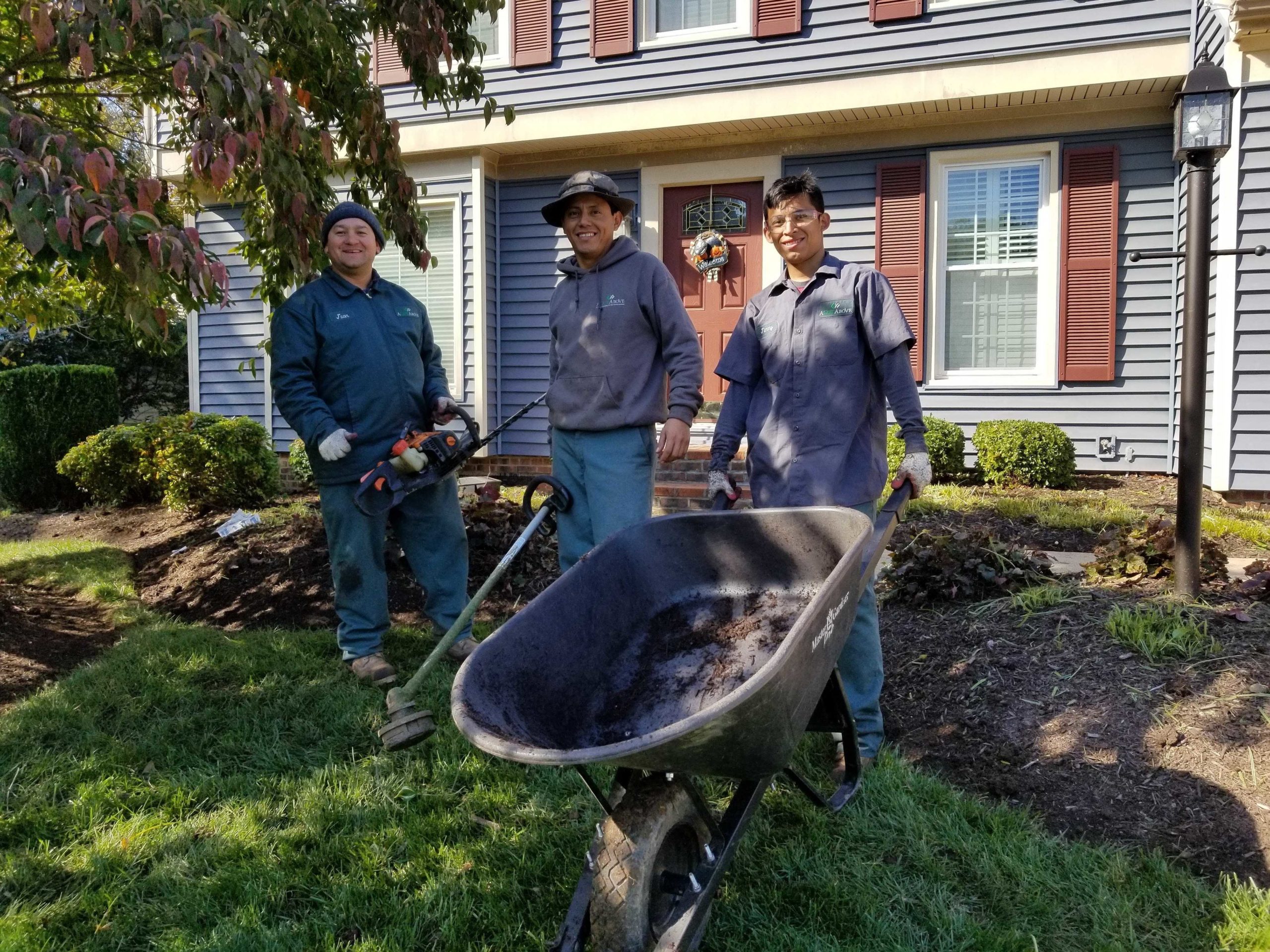 The Cleanup Program keeps the mulch beds looking A Cut Above all year long.  This approach will not only keep your mulch and flower beds looking better, it will keep them healthier and save a lot of money compared to doing 2-3 separate one time cleanups.  The program includes 3 annual cleanups, 2 annual mulch applications, and 6 landscaping maintenance visits in between cleanups. One time cleanups have a larger cost due to overgrowth, which can be avoided with our annual program.  You’ll end up spending a lot less in the long run!

Why the “A Cut Above” Cleanup Program?

Because it’s what separates your property from everyone else’s. It keeps the mulch beds looking A Cut Above all year long.  This approach will not only keep your mulch and flower beds looking better, it will keep them healthier and save a lot of money compared to doing 2-3 separate cleanups.  One time cleanups have a larger cost due to the overgrowth, which can be avoided with our program.  You’ll end up spending a lot less in the long run!

What does the Cleanup Program include?

The Cleanup Program is designed to keep your property looking A Cut Above throughout the entire year. Below is our proven process for managing the long-term beautification of your landscape.

What's the schedule of the program?

See our estimated schedule below:

*These dates are just a guide and we do our best to stick to this schedule, weather permitting

How does our "12 Interest Free Monthly Payments" payment option work?

12 Interest Free Monthly Payments: One flat annual rate split up over 12 monthly payments from signup date. This option allows for better budgeting since it’s a low set amount each month instead of large payments after each service, like you would with our Pay As You Go option. Credit card or ACH on file required.

*We do not pro-rate if you signup in the middle of the year. All annual agreements are 12 months from the day you signup.

How does our "Prepay" payment option work?

Prepay: If you pay for the entire year up front you will save $$$ overall. All other payment options are technically more expensive over the long run.

*We do not pro-rate if you signup in the middle of the year. All annual agreements are 12 months from the day you signup.

How long after signup will services begin?

It’s our goal to complete your first cleanup service within 1-2 weeks of signup, weather permitting

How much mulch is included with the price?

Our goal is to install between 1″-2″ of fresh mulch during our spring and fall mulch applications. If you go too deep with the mulch it can damage the plant material, and if it’s too thin it won’t provide enough protection. 1″-2″ is generally accepted as standard for our area (See the USDA Plant Hardiness Map).

​Spring, Fall, and One Time Cleanups include a certain amount of freshly installed mulch per your property size. If your property needs more than the allotted amount we charge $40 per additional cubic yard of mulch installed during the cleanup and will be billed upon completion of the service.

Do you trim the shrubs & hedges during your visits?

Yes, we trim all shrubs and hedges less than 12′ tall. Please note that certain plants should not be trimmed prior to bloom and the crew will determine on-site if any are to be skipped.

*Most trimming is performed during your spring and fall cleanups because those are the heaviest growth seasons.

Most Common Plants Trimmed During Spring

Most Common Plants Trimmed During Summer

Most Common Plants Trimmed During Fall

Most Common Plants Trimmed During Winter

Do you trim the trees on the property too?

Tree trimming is not included with our cleanup services. Small tree work can be performed at an additional fee and upon request only. For larger tree work we can refer you to a tree contractor.

What type of of weed control products are used during the service?

​Spring cleanups include a pre-emergent herbicide before applying mulch: SureGuard SC Herbicide. During bed weeding we try and hand pull as many weeds as possible. We may also use Finalsan Herbicide to treat weeds. It’s our goal to use as little synthetic chemicals when servicing lawn/landscapes.

Do you need to be home for the service?

You don’t need to be home for the services to be performed. That’s what’s great about the service notifications we have in place here at A Cut Above. You’ll receive an email notification before and after we perform each service, so you’ll know when we’re coming.

Do You Mow The Grass During A Cleanup?

Yes, the cleanup crew also brings 1 mower with them to cut the grass if needed.

Do you remove existing mulch before installing fresh mulch?

Do you install weed blocker fabric before installing mulch?

Installation of weed blocker fabric is not included because the only real solution to recurring weeds is more maintenance visits, and that’s why we created the Cleanup Program. If the customer wishes to provide the weed blocker fabric we can install during the cleanup upon request and for an additional charge.

What color mulch is used during your spring, fall, and one time cleanups?

We offer brown colored mulch standard, and black upon request. Our mulch keeps its color longer due to the high quality colorant that our suppliers use. It’s both non-toxic and environmentally safe. It’s shipped straight from WV to our shop.  Also, existing bed edges are re-edged to a depth of 2-3″, which has been proven to be the best depth for water drainage and appearance.

How do scheduling notifications work?

Do I need to prepare the service area before each visit?

What's not included with the program?

0
0
Your Cart
Your cart is empty
Keep Shopping